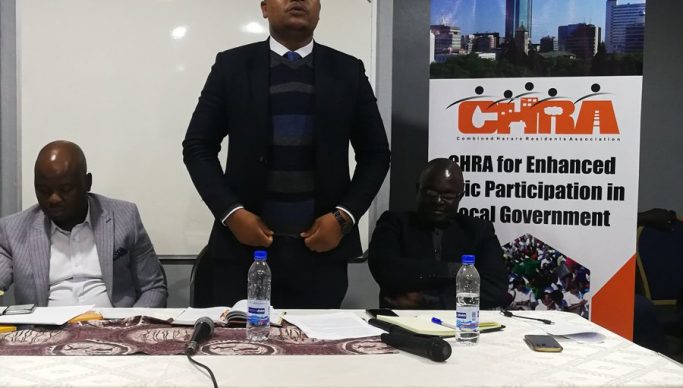 The Combined Harare Residents Association (CHRA) has unearthed a residential stands scandal involving unscrupulous individuals working in cahoots with senior council officials in Warren Park 1.
The scandal involves the parceling out of infill stands at undesignated areas.Residents have since petitioned the Harare Mayor, Herbert Gomba, Town Clerk Engineer Hosiah Chisango, the area’s Councilor, Tichavona Mhetu, the Environmental Management Agency , and other senior council officials to act on the matter.

Residents have since petitioned the Harare Mayor, Herbert Gomba, Town Clerk Engineer Hosiah Chisango, the area’s Councilor, Tichavona Mhetu, the Environmental Management Agency , and other senior council officials to act on the matter.

There is a ZESA 11KV Transformer whose cables run underneath and feeds over 200 households including the local Suburban Hospital with electricity at the area where the housing stands are pegged. Information gathered shows that sometime in June 2019 one Thabitha Simango, who also uses the name Prettymore Tsiga and is related to the beneficiaries of the residential stands scandal came to inspect the undesignated area and this raised the suspicion of concerned residents.

Following enquiries from residents, the lady revealed that they had already paid for the stands at the open space and she boastfully told the residents that she was untouchable as she was heavily connected within council.
And in June, four residential stands were pegged at the undesignated site in June 2019. This prompted residents to approach council officials in a bid to enquire whether there had been a change of use of the land in question.
Their efforts were however in vain.

The residents then approached the area’s councilor, Tichavona Mhetu who arranged for a meeting with the then Acting Town Planner on July 23, 2019.
The Acting Town Planner agreed that the stands allocation was unlawful.
During the July 23 meeting, several irregularities were noted pertaining to the allocation of the housing stands.

It is your responsibility to maskup, sanitize and social distance. Your actions will either save a life or take a l… https://t.co/wfYKT5W4it