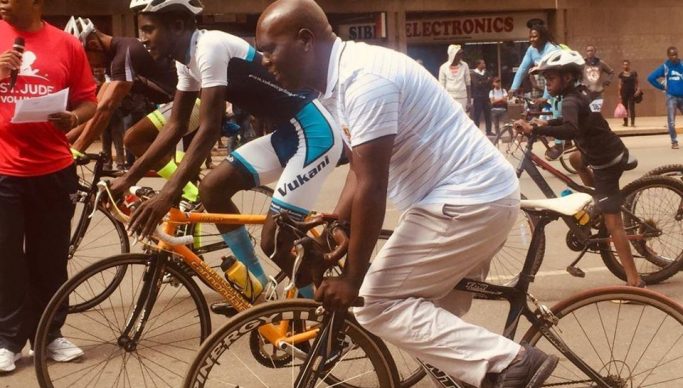 On Saturday, Harare Mayor Councillor Herbert Gomba officially launched the cycling hour at Africa Square, the event was held under the theme decongesting the city.

in Harare has reached an extent which demands action by the city council and has become a real nightmare for motorists, pirate operating in undesignated areas.

Speaking at the event mayor Gomba he urged those who lived closer to town to use bicycles as an alternative.

“Cycling will help decongest the city center, those who stay in Belgravia, Avondale, Arcadia, , Eastlea, Belvedere amongst other suburbs close should try using bicycles to town since the Country is facing fuel challenges,” he said.

The Traffic Safety Council of Zimbabwe the congestion problems in Harare have resulted in an increase in the number of accidents in the CBD.