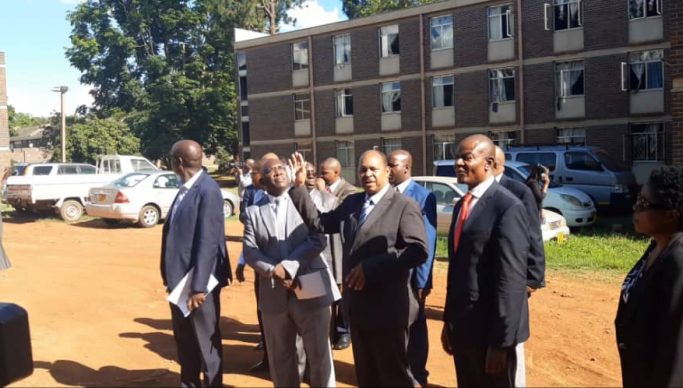 Harare- Government of Zimbabwe has said it will demolish some

single-story houses at Parirenyatwa which house resident doctors, this was said by the minister of during a tour of the health facility.
Minister of health and child care, Obadiah Moyo said they will demolish houses that currently house doctors at the institution in order to make way for up to five-story flats. He said this whilst showing the National Housing and Social Amenities Minister Daniel Garwe the proposed site of the construction.
In response to questions from the media, Minister Moyo said that they were working on improving the welfare of doctors regardless of their current demands. He also said that the junior should use the moratorium by the President to go back to work. Minister Garwe said that the ministry will make sure that complete construction e housing units by March 2020.
During the same tour also Health Minister alluded that as the government they will be making fuel available to doctors at subsidised rates.
This comes at a time when doctors have been demanding better pay and working conditions from their employer.