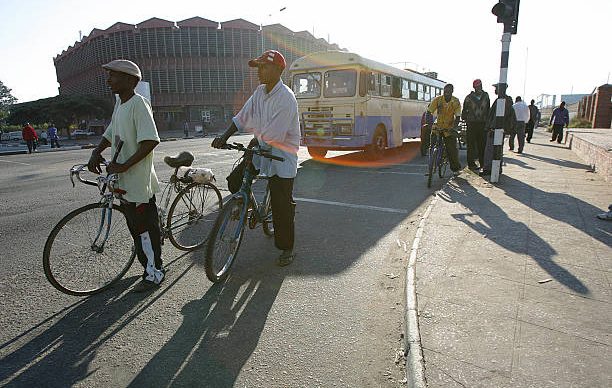 Motorists who dumped their cars for the cheaper two wheeled machine are in for a big shock as there will soon be a new mandatory bicycle fee. Failure to pay the new proposed fee will see cyclists loose their bicycle while the individual will face a hefty 12 months imprisonment.

The new draconian system will first be tested in Harare before it is implemented in other places likeBulawayo, Mutare, Gweru, Masvingo and the rest of the country.

According to Zimbabwe government gazette published last week, Harare cyclists will now be paying for using the capital city’s roads. “No person shall use any road within the council area without paying the required fees and any cycle which is ordinarily kept within the area will be considered illegal unless it has been licensed in terms of these by-laws,” reads the gazetted statutory instrument 108.

The licenses will make an annual financial headache to Zimbabweans as they must be renewed every year by the first of January. Offenders of the instrument will pay a fine not exceeding $200 or one year imprisonment or both.

Meanwhile, Harare residents have warned that they are ready for war over the latest insensitive and undemocratic taxation.Combined Harare Residents Association chairperson Simbarashe Moyo described the development as “mad” and “murky” warranting resistance.

Most main roads in Harare such as Chiremba Road, Seke Road, Simon Mazorodze and Bulawayo Road are often busy as many people are opting for bicycles than private cars and commuter omnibuses.