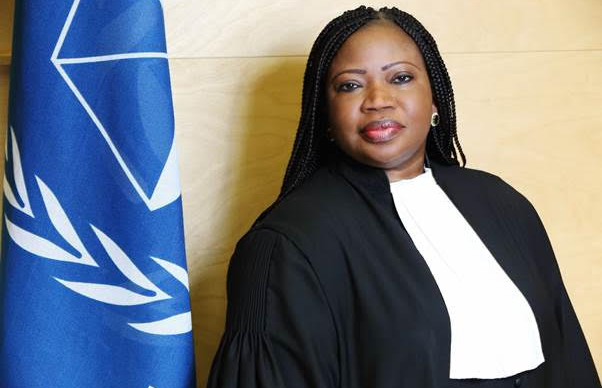 25th of November 2019 kicked off the 16 Days of Activism against Gender-Based Violence which is an annual international campaign, the 16 days will run until 10th December. The day was started by activists at the inaugural Women’s Global Leadership Institute in 1991. It is used as an organizing strategy by individuals and organizations around the world to call for the prevention and elimination of violence against women and girls.

The International Criminal Court (ICC) Prosecutor Fatou Bensouda joined the rest of the world in sending a solidarity message for the commemoration of the 16 days.
“Today, on International Day for the Elimination of Violence against Women, we pause to recognise all those women and girls who, in the 21st century, are still denied self-determination over their bodies and minds by perpetrators of violence. Crimes against women and children are truly an offence against all of humanity, and their toxic effects reverberate in our collective conscience” reads the statement

The statement further touches on the effects of gender-based violence that have created shame and stigma:
“The international community has slowly awoken to recognise the enormity of the challenge and the need to address this scourge through concrete and collaborative action. We must honestly observe that much work remains to be done. It is unacceptable that violence against women and girls remains a serious cause of death, incapacity, and ill-health, while impunity, shame, and stigma persist”.

“On this International Day, in the name of all those who have suffered and continue to suffer from such abhorrent crimes, and in the hope of preventing future victimisation, we must reflect and identify where our respective strategies and approaches to tackle violence against women and girls have made progress and where additional efforts are needed”.

“As Prosecutor of the International Criminal Court, I believe the law and judicial proceedings are a powerful tool to shed light on these devastating crimes, give a voice to victims, and punish perpetrators. By combatting impunity unfailingly, in the spirit of “leave no-one behind”, we can support victims, and strive to prevent the perpetration of future crimes against women and children. On this International Day, I seize the opportunity to reiterate the importance of systematic investigation and prosecution of atrocity crimes against women and girls at the domestic and international levels. This is a vital remedial response”.

“My Office has made this issue a priority in the discharge of its mandate under the Rome Statute. Our Policy on Sexual and Gender-based Crimes and our Policy on Children guide us every day in performing our duties conscientiously and according to the highest standards of excellence. Be assured that, together with my Office, I will continue with undiminished dedication to investigate and prosecute atrocity crimes committed against women and children”
“In our combat against impunity, let us leave no one behind”- ICC Prosecutor Fatou Bensouda