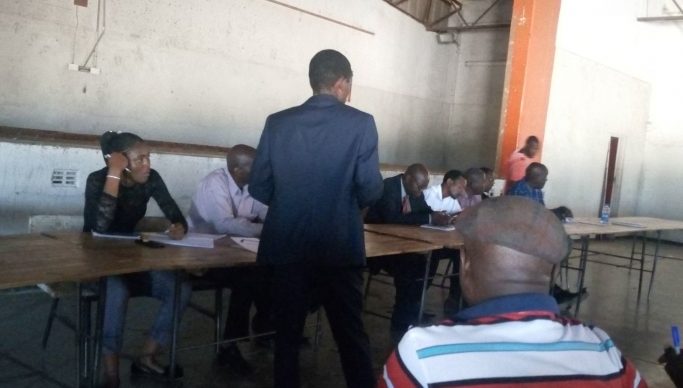 Consultations for the 2020 local budget process currently underway in began in Chitungwiza yesterday with the municipality conducting consultative meetings with different stakeholders in the town’s four districts namely St Mary’s, Zengeza, Seke North and South. The consultative meetings which ran between 1000 hours to 1300 hours were generally poorly attended with an average of about 40 participants per meeting showing a worrisome trend of apathy by stakeholders. Residents, informal traders and business community representatives mainly graced these meetings.

The major purpose of these meetings was to review the 2019 budget from January to August whose main highlights show that the total budgeted income for the 8 months was $34, 101 million with an actual income of $16, 906 million. This presents a negative income variance of $17, 193 million during the period under review. This sets the collection rate at 49, 58%. Total receivables as of 31 August 2019 were pegged at $76, 105 million whereas the payables as of the same day amounted to $75, 456 million. The principal contributors to increases in payables are staff salaries and bulk water purchases from the City of Harare. The municipality declared itself technically insolvent, a situation that paints a gloomy picture on the local authority’s mandate of providing sound and quality services to its stakeholders.

In view of the above obtaining facts, the Chitungwiza and Manyame Rural Residents Association (CAMERA) urges council to consider the following suggestions so as to improve its collection rate and also enhance the quality of service provision to its stakeholders;

a) To create incentives that motivate stakeholders to pay their bills religiously and on time so as to increase its collection rate in the 2020 budget year.
b) To expedite the processes leading to the construction of the planned Muda dam project and a water purification plant since one of the major contributors to an increase in the municipality’s payables are bulk water purchases from the City of Harare. This is no longer sustainable as the capital city is failing to meet the demands of its stakeholders in water supply.
c) To improve on refuse collection which is very pathetic at the moment, we propose that the municipality subcontract tractors to assist in this regard since the council refuse collection fleet is currently overwhelmed.

CAMERA calls upon central government to allocate revenue to provincial and local tiers of government as provided for under section 301 of the Constitution starting in the forthcoming national budget. Section 301(3) stating that “not less than 5% of the national revenues raised in any financial year must be allocated to the provinces and local authorities as their share in that year” must be implemented. In the same vein, we urge residents and other stakeholders to continuously honour their obligations by paying their bills timeously.