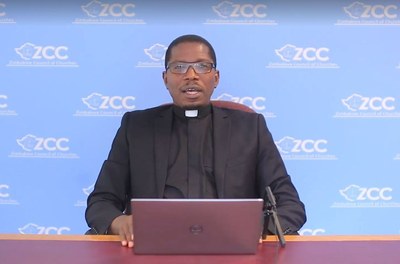 In October 2019, the Zimbabwe Heads of Christian Denominations (ZHOCD) issued a statement titled Call for National Sabbath for Trust and Confidence Building and this call was not embraced by political parties or citizens who felt the need to realise lasting change through free and fair electoral processes.

Zimbabwe’s political crisis has seen a lot of solutions being proffered from different quarters, the church has certainly been playing it’s role as the voice of reason within the country’s political quagmire.

”Whoever wins elections 2023 will not benefit from a fragmented Zimbabwe”

Zimbabwe Council of Churches (ZCC) General Secretary , Rev.Dr. Kenneth Mtata said that Zimbabwe as country coming out of a conflict requires a dialogue and consensus in-order to move forward.

Winner takes all system is not working for Zimbabwe and it has very little results elsewhere, that’s why many countries are using proportional representation. Sadly, Zimbabweans are of view that a party or individual who has won an election has the mandate to develop the nation, when it is actually everyone’s responsibility to contribute to nation building through consensus.

‘Whoever wins elections 2023 will not benefit from a fragmented Zimbabwe’, Rev K. Mtata. The cleric went on to argue that those who stand to benefit from the current crisis will continue to fight and these people are found in all political parties and from different backgrounds.

Rev. Dr Mtata, added that it was a good thing that the sabbatical call did not work because the deeper fragmentation in Zimbabwe would have remained if citizens had not played a central role in arriving at that position. Zimbabwe is open for business does not work if there is no consensus. There are no nations which prosper on the of generosity and charity by others, looking east nor west but inwards, using internal resources.

Past hurts have not been healed by past settlements and through  dialogue they can be addressed through a mutually acceptable way to bring closure to them without drawing any partisan agendas.

ZCC launched the National Convergence Platform in late December 2019 and it is through the auspices this platform that the church sees hope is restoring peace, confidence and prosperity to Zimbabwe using a bottom up approach where citizens are the main drivers of the change and politicians have tow the consensus line.

The Church’s call of consensus building coincided with ZANU Pf Youth league leaders Godfrey Tsenengamu and Lewis Matutu who came out guns blazing naming and shaming people whom they dubbed as cartel members. They also are choosing to ignite people power in their fight against corruption as they propose for the setting up of a citizens task-force on corruptions.