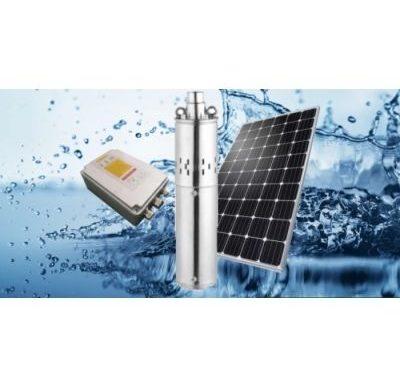 Mabvuku residents have been without portable water from as far back as 2008, when ZINWA took charge of water supply from the City of Harare. Residents in the area are now used to it, all the hopes of having running clean water have faded by the passing of time.

A single bucket of water is being sold at $2 RTGS by youths who have realised an opportunity to make some income through selling water.
Boreholes and are now an alternative for the struggling families.

Councillor for ward 21 Mabvuku Barnabas Ndira partnered with Africare and the Council to drill a solar powered borehole as a way to mitigate the water crisis for the residents in ward 21 which also benefits residents in ward 19.

One resident Miriam Manga, said that they needed more such boreholes to ease the situation and that their problems are far from over. “The borehole is opened three times a day in the morning afternoon and evening to avoid overusing the pump and only three buckets are allowed per person” she said.
Councillor Barnabas Ndira said the project is just a temporary measure. “Boreholes are not a solution in an urban setup, but we cannot wait for the City of Harare’s water, but to come up with an immediate solution to this crisis.”
Harare City council has been failing to provide water for residents in Harare, owing to the unavailability of foreign currency for water chemical procurement, rundown equipment, low dam levels and extreme contamination.