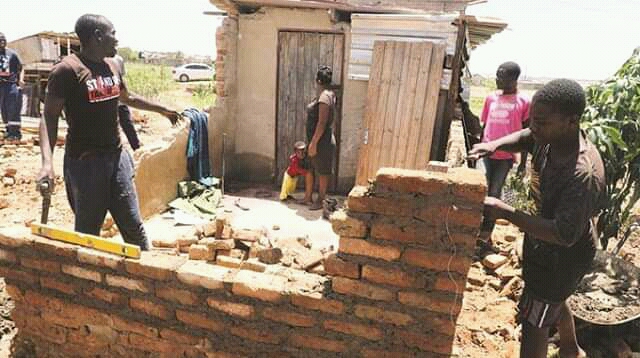 Members of Tembwe Housing Co-operative in Harare’s Budiriro surburb were left holding on to what was left of their precious belongings after demolitions carried by Harare City Council on alleged illegal settlements.

City of Harare had in previous weeks issued a statement advising residents in alleged illegal settlements to vacate the targeted areas before demolitions commenced. This came after the city fathers was granted a high court order to demolish all illegal structures in and around Harare. The first batch of 190 houses to be demolished were registered under Tembwe Housing Co-operative led by one Caleb Kadye.

“We have lost our homes, properties, and savings due to these demolitions. City of Harare was supposed to notify us of the court order before coming now we stuck without shelter in this rainy season and we don’t even know what do to next” said Amos Maunze one of the residents who lost a house to the demolitions.

Residents further explained to CORAH that they were only waiting for City of Harare to regularise their stands since they were made to believe that their settlement was legal.

Community Radio Harare managed to speak with Budiriro Member of Parliament Costa Machingauta on how he was going to assist the affected residents.

“I’m disturbed with this scenario, responsible authorities ought to considerate before making such decisions because women and children are the most affected by such act. l will try to engage all stakeholders involved so that we map the way foward on how we can help these residents” said MP Machingauta.

Some residents have started rebuilding their demolished houses and vowed not leave the place until justice is served. City of Harare was granted a court order by High court which is going to affect twenty housing cooperatives.

Caleb Kadye who is the leader of Twembwe Housing Co-operative was arrested for allegedly inciting violence and disturbing the demolitions after he had asked for the court order from council officials who were leading the demolitions.