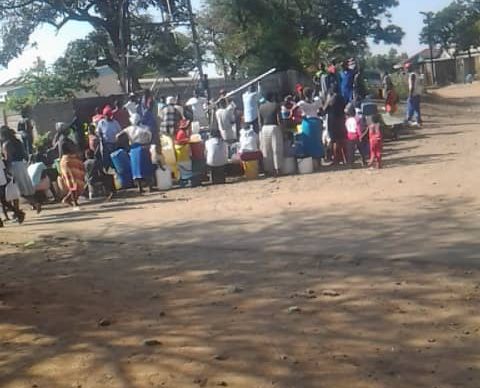 Residents in Mabvuku have complained over the manipulation of the right to freely access water by self-styled water barons in the community. These concerns were raised by residents at a meeting organized by Combined Harare Association (CHRA) in partnership with Community Water Alliance in the community recently.

Speaking to this publication Mrs Manyeruke said they are people who have turned the water crisis to business as they come to water points with many buckets, and later sell to desperate residents for 15zwl per bucket. Due to water shortages in the country Mabvuku and Tafara have been one of the hardest hit suburbs going for over 15years without running water.

“We need police to always patrol and arrest barons seen at all water points to see if people’s rights are not being violated, we also call on city father to monitor those water barons.” Said Mrs. Manyeruke

Mrs. Manyeruke explained that some of these self-styled water barons work with community water points leaders, she alleged that these water barons meet up with the water points leaders at midnight, when most of the residents will be sleeping. They are then given as many litres of water as they want that they go on to sell to unsuspecting residents.

At the same meeting Mabvuku Ward 45 Cllr Stewart Wutaunashe, told residents to report to the nearest police if they see anyone selling water. He went on to say that many boreholes has been donated by non – governmental organisations which make provision for everyone to have access to water.

Cllr Wutaunashe urged water points committee leaders to respect their positions as community leaders and save the community by not giving water barons access to abuse people’s right to water.