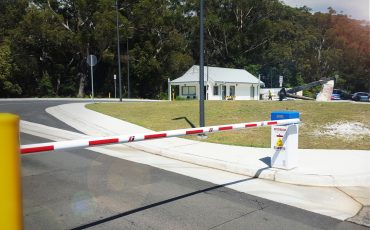 Harare residents have called on the local authority to focus on service delivery and stop threatening residents who are protecting their neighbourhoods by erecting boom gates.

In an interview with Combined Harare Residents Association (CHRA) programmes manager, Rueben Akili told Community Radio Harare (CORAH), that the use of boom gates emanated from security issues which residents are grappling with especially in low density areas where cases of armed robberies are on the increase daily.

“What we expect from council is to provide alternatives rather than banning arrangements that are safeguarding people’s lives and property. We cannot continue to use old and archaic by laws that are not responsive to our current context”, said Akili.

According to Section 30 and 47 of the Roads Act (Chapter 13:18) prohibits construction of boom gates with out council’s authorization.

In addition Akili said the council should support residents’ intiative and put in place regulatory measures on the use and operation of those boom gates, such as to say boom gates can only be placed in actual residential streets and also stipulate time where they remain open to non residents.

Responding to Harare city council’s allegations that boom gates are barring service delivery, residents noted that the council is turning a blind eye to real issues affecting them as mountains of garbage are piling up in high density where there are no boom gates.

Meanwhile residents are recommending the reform of the council by laws to address real and pertinent issues that have led to the emergency of these boom gates.