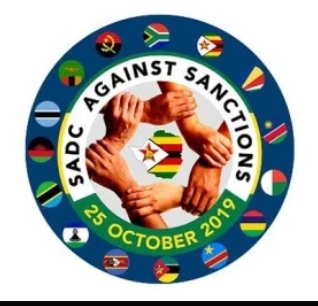 In October 2019 Zimbabwean government declared 25 October as the Anti-Sanctions Day to be commemorated annually to protest against United States of America’s imposed sanctions on Zimbabwe which it blames for blames for devastating the economy.

In response to Zimbabwean government’s move, United States of America said sanctions are not imposed on Zimbabweans at large but selected individuals.

Citizens and opposition political parties in the country have blamed corruption as the biggest enemy of the country not western imposed sanctions.

In his statement published recently before the 25th of October 2020 Anti- Sanction Day, the leader of Zimbabwe Partnership for Prosperity (ZIPP) President Blessing Kasiyamhuru noted that “the so called sanctions” have no control over citizens’ struggle for better lives.

“Sanctions have not caused the abuse of insurance schemes, siphoning of cash from banks to the street, abuse of various command programs”, said ZIPP president Kasiyamhuru.

As an aspiring leader who also contested in the 2018 presidential elections, Blessing Kasiyamhuru said there is need to create an atmosphere that allows creativity and innovation to flourish and support dreams across the nation.

In an interview with some of Harare residents, a greater population dismissed government’s claim that sanctions are the real cause of their suffering but looting and abuse of power by the ruling party.

Citizens went on to condemn the Anti- Sanctions campaign and days saying it is a waste of resources.

“The sanctions must go brigade doesn’t know that corruption must go first then sanctions follow, they should go in their alphabetical order, (C)orruption first,(S)anctions last” said one citizen who spoke to CORAH.

A snap survey done by CORAH shows that many political analysts have the view that corruption will never end and justice will never see the light of day as long as the electoral and judicial system remains unchanged.