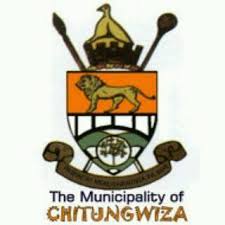 Chitungwiza Multi Stakeholder Forum issued a press statement on the 23th of October alleging that Chitungwiza Municipality and its Councillors are corrupt and threatened to expose them in three weeks with evidence of the supposed corruption.

Following the demolition that took place in Chitungwiza, Chitungwiza Multi Stakeholder Forum is accusing the Council of corruption saying the offer letters that were given to those residents have proof that the council gave them the land through land barons.

Chitungwiza Residents Trust Director Alice Diana Kuvheya said “We have proof that the Chitungwiza Municipality Council is behind the selling of illegal stands because we engaged the residents and the brought us offer letters that have proof that Chitungwiza council is behind the selling of stands using land barons and we are going to expose them ,why did they wait for residents to finish building the houses and demolish their homes at the end, whenever demolitions are to be done, proper legal procedures must be followed as provided for by the Constitution of Zimbabwe,” saidChitungwiza Residents Trust Director Alice Diana Kuvheya

She further called on the Municipality to take serious action to end corruption and stop those politically connected people who are illegally selling state and council land. Alice urged residents and relevant authorities to report land barons to the police and Zimbabwe Anti-Corruption Commission (ZACC) for land barons to face justice.

However, Chitungwiza Council spokesperson Lovemore Meya denied the accusations and reiterated that all houses that were built on illegal spaces and council will not compensate those that had their houses demolished.

Chitungwiza Multi Stakeholder Forum also revealed that they is no access to information in Chitungwiza especially on the issue of accountability, the forum alleged that the municipality does not provide its residents and community leaders with information that could give insight on how rates payers money is used. The forum further urged that Municipality information needs to be accessible to interested groups and individuals for purposes of promoting public accountability.