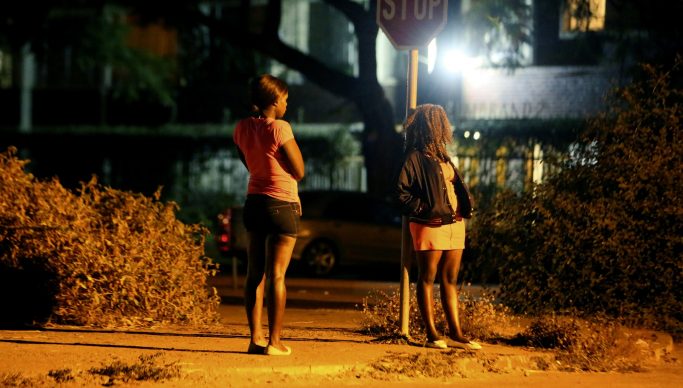 16 Days of Activism against Gender-Based Violence is an annual international campaign that starts on 25 November to 10 December.  It is used as a strategy to call for the prevention and elimination of violence against women and girls. The global theme for this year’s 16 Days of Activism against Gender-Based Violence, was“Orange the world: End violence against women now”.

Sex workers in Hopely are faced with a range of economic consequences of Gender-Based Violence. The sex workers are calling for civil society organisations to also advocate for their issues during the 16 days of activism against gender-based violence.

CORAH managed to interview sex workers in Hopely to unearth the sexual abuses they face at the hands of police officers who raid their workplaces, demanding sex as bribes to continue with their trade and making it difficult for the sex workers to survive.

“As sex workers, we are hit by hard times to the extent of getting USD 2 the whole night and on top of that police officers demand sex as a bribe hence this is making our trade a nightmare. We are appealing for help from organisations that advocate for women to help us in this regard because these police officers sometimes rape us knowing that we don’t have anywhere to report them”,said one sex worker

“As we start commemorating the 16 days of activism against gender-based violence for this year as sex workers we want to advocate for the end of sexual abuse by police officers. As ladies of the night. we also deserve to be treated better. These police officers are ruthless and avoiding the risk of being imprisoned we end up giving in to their sexual advances”, added another sex worker

As part of Katswe Sistahood’s work on Sexual and Reproductive Health and Rights (SRHR) lobby and advocacy, the organisation once launched the sex work campaign which was aimed at building and strengthening a movement of sex workers who can articulate their sexual rights.

“There is a need to decriminalize sex work because its work, and there is need for legislation and policies in the country that protect sex workers from violations by their clients and society as a whole” said Katswe Sistahood.