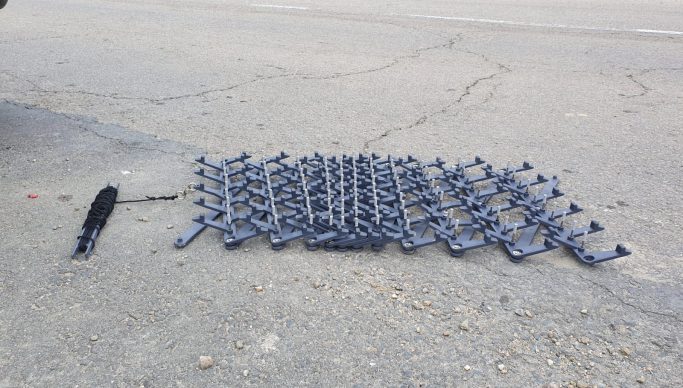 The public has urged law enforcement officials to use Central Vehicle Registry (CRV) database to trace licence plates of traffic offenders instead of
spikes to prevent unnecessary death and damage of property.

This comes after High court ruled in favour of Zimbabwe Republic Police (ZRP) to use spikes when stopping traffic offenders. Previously Passengers Association of Zimbabwe (PAZ) lost a case at High court in which they challenged ZRP to stop officers from the use of spikes and smashing windscreens of private taxis and kombis arguing that the act is putting public lives at risk.

“As Passengers Association of Zimbabwe we are moved by this ruling which gives the police green light to continue with this rudimentary act of throwing spikes on moving vehicles. The use of spikes is dangerous when used on vehicles in motion. Spikes should be used when the vehicles are stationary not on vehicles in motion” said PAZ spokesperson Andrew Chibanda.

He added that the High Court granted the police more power to cause malicious damage to peoples vehicles instead of encouraging the police to institute 21st century policing methods that are not primitive.

Harare residents who spoke to Community Radio Harare (CORAH) condemned the move saying that the judiciary has literally approved chaos and blood shed.

One of the citizens who gave his opinion on facebook blasted the law and suggested other means of getting traffic offenders to halt, “that’s why the Central Vehicle Registry is there.. Trace the licence plates” wrote the Facebook use

Meanwhile Passengers Association of Zimbabwe (PAZ) is set to launch an appeal against the ruling through it’s legal body.