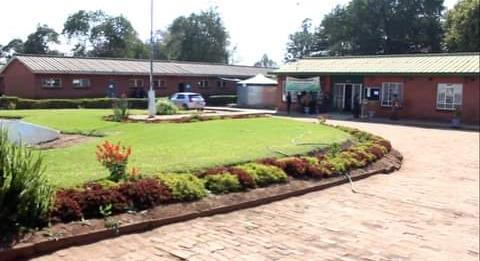 Parents and guardians of children at Gwinyai primary school in Mbare are accusing the school head of misuse of funds and lack of transparency on development taking place at the institution.

According to parents who spoke to Community Radio Harare, there are several issues they are demanding as stake-holders, transparency and inclusion in decision making being one of the demands at the top of their list.

One of the biggest concern is clarification on the delay of solar installation project, ” As a result of electricity problem we had a meeting with the school and agreed to pay $50 RTGS per student. That was some time in January 2020 and today there is not a single solar installed” said one of the parents.

The parent added that a school is an institution where transparency and accountability can not be ignored and should be held as statutory obligations. The transparency in school administration should not be taken lightly. The stressed that transparency makes it easy for people to be held accountable once suspicion over abuse of office arises.

In an interview with Gwinyai primary school headmaster, Killian Chidzero said there is misunderstanding between the school and parents, Chidzero denied the allegations of abuse of abuse by parents and explained that the solar project was delayed by COVID-19 pandemic.

In his justification Chidzero said, “… the school received a total of $80 000 RTGS but we must be aware of the inflation as the purchasing power of our currency has declined , the money is still there and plans are in progress”

Some gurdians shared the view that with technology transparency should be easier as most schools have whatsapp groups for parents and guardians. This also allows smooth flow of information such as updates, contributions and parents are consulted before the school makes any decisions.

Parents voted for $1 500 RTGS in a previously meeting against $1 000 and $2 000 proposed by School Development Committee (SDC). However parents said they were shocked when the school sent children back home demanding full payment of $ 2 500RTGS.

Gwinyai Primary headmaster refuted allegations confirming that all the developments were in consultations with the SDC.

Several schools across the country are reportedly facing similar allegations, with most parents calling for transparency as SDCs and school heads are supposedly teaming up to siphon funds.

Meanwhile complainants said they will soon request for an immediate meeting which is going to be attended by SDC, headmaster and other stake-holders to try get to the bottom of the problem.