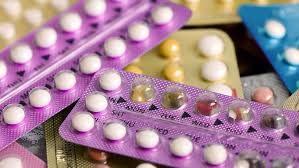 FSN Joins Call Against Amendment of the Health Act for Contraceptives

Female Students Network has joined some civil society groups, religious groups, community working groups and political actors in the campaign rejecting the amendment of the health act for contraceptives to be availed to 12 years olds.

“Zimbabwe has no capacity to provide affordable and enough Sexual Reproductive Health Rights services (SRHR), already we have high cases of illegal and backyard abortions that teenagers are having as a result of shortages in SRHR services, adding another bunch of children on board will be catastrophic” said FNS CO Norbert Kuvamudiki

Chair-person for the Portfolio Committee on Health Dr Ruth Labode, argues that there will be a decrease in teenage pregnancies, HIV transmission and school dropouts rates if this move is implemented. Justifying the petition, Dr Labode goes on to state that about 70,000 minors are contracting unwanted pregnancies every year due to lack of access to contraceptives and birth control services.

Labour, Economists and African Democrats (LEAD) president Linda Masarira also has condemned the proposed amendment to the health act which she believes aims at protecting immorality and exposing the girl child to cancer from prolonged use of contraceptives.

“Section 81.1(e) of the Constitution states that children should be protected from economic and sexual exploitation, from child labour and from maltreatment, neglect or any form of abuse” said LEAD president Masarira.

Ashleigh Kamangira a student studying Social studies at Zimbabwe Ezekiel Guti University, criticised the proposed health act pointing out that there is a possible of it paving way for accelerated cultural erosion and unhealthy practices instead of calling for abstinence through awareness campaigns.

Another student at University of Zimbabwe, Geraldine Mapfumo has urged the community to stand for children’s rights to quality education rather than perpetuating moral decay in the society.

Harare residents who spoke to CORAH also noted that the move will be a free ticket for minors to indulge in sex with old men, hence cases of abuse will shoot up. Moreover they claimed that contraceptives have lifetime side effects as evidenced by some grownups who are grappling with them and these children may fail to get pregnant in the future.

Calls For More Information On Vaccines.