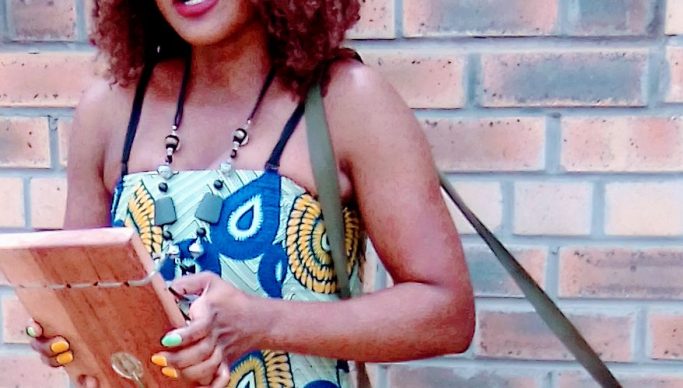 “Inspired by Fungisai Zvakavapano Mashavave, l become a musician activist supporting women. My music teaches, raises awareness and sensitises where possible to challenge inequalities. I believe that Culture is dynamic i seeks to promote hunhu/ ubuntu in a modern away,” said Culture Galore.

The inspirational musician discovered her talent at the age of 5 growing up at the AFM church. Though she had great passion for music it took her a long time to get started as her family shared a different perception on arts industry.

“I got strength in 2016 when I joined a women’s organization called Institute for Young Women’s Development in Bindura where l learned a lot including raising my voice to be heard and empowerment. Along the way I realised the challenges I faced as a young woman which were blocking me to achieve certain things mainly cultural beliefs which somehow pushed me to change my genre to culture fusion,” added Culture Galore.

Culture has also been a voice of reason during these difficult times of the COVID-19 pandemic releasing a single called Paita Mhute. In 2019 on World Disability Day she released another disability advocacy song.

“As we are facing the global pandemic disaster I did a COVID-19 video dedication to my sister who lost her life because of the disease.”

The 27 year old musician had nothing but praise for IYDW who are helping her market her music, “I want to thank Institute for Young Women’s Development (IYWD) for always supporting me. To women artistes keep the ball rolling, stand firm and know that art is a career that you may use to earn a living. Allow God to take you where you are destined for you to counter people who think being an artiste is trying to seek men’s attention.”

The album was recorded by TIC at Most Wanted Studios.

Let’s Unite In Giving Hope To The Nation.

From Pain To Praise