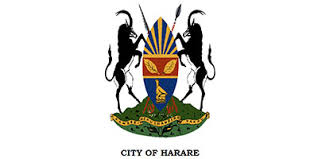 Harare residents have expressed the need for the city’s council to upgrade their billing system to reflect actual amounts owed by residents following the city of Harare’s partnership with Econet and Ecocash to send bills via the SMS platform.

Harare Residents Trust (HRT) representative Precious Shumba noted that the City of Harare has a shambolic billing system that needs an upgrade as most ratepayers were left frustrated and feeling powerless against the local authority.

“The idea of a billing system is to ensure that accurate data is captured and conveyed to ratepayers who should be able to use the provided billing information to know what they owe to the council”, said Precious Shumba.

Some of Harare’s residents reacted to this move when it was posted on Facebook as the city’s development. Below are some of the reactions from the ratepayers.

@Roger Stringer “I got an SMS bill, but your bills never reflect the payments I’ve made, despite sending you proof of payment. Why not?”.

@Shell Ameer Weale “Received the SMS bill, but it would be helpful if payments are reflected?”.

@Chenge Mabweazara, “Is that why you are no longer sending them on email”.

Combined Harare Residents Association (CHRA) spokesperson commended the city’s new billing system saying it saves time and money whilst adhering to COVID-19 preventative measures where the public is not allowed to gather.

Moreover, he added that the council should now disseminate full details and actual amounts owed to enable residents to make payments due.

A lot of ratepayers have also expressed concern over the council’s billing system saying the amount charged for services is exaggerated compared with the services rendered.

Meanwhile, residents associations urge the council to fix their billing system to make it transparent so that ratepayers will have confidence in them despite unsatisfactory services.