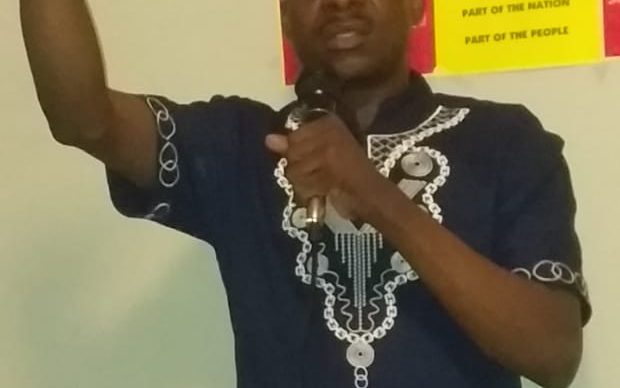 A newly formed political party ldeas Party of Democracy led by South Africa based Herbert Chamuka has taken charity work to the communities by giving US$5 or RTGS equivalent to the less privileged in different parts of the country.

Speaking to this publication IPD president Hebert Chamuka emphasised that the exercise is not partisan. “We have decided to join the corporate world and individuals who are doing a good thing to assist those who are less privileged during this difficult time. As a party, we are not targeting our members-only but the underprivileged families as well. This is not a time to politicise the global pandemic rather it is time to unite and love one another to ensure that by the time COVID-19 ends we will have people to lead”, said Chamuka.

One of the beneficiaries Faith Musariri from Masvingo confirmed receiving money from IPD. ” l received RTGS $225 from Juliet Mashonganyika and she called and told me that she was the national treasurer at lPD. I want to thank them for what they are doing”, said Faith.

“Things are not okay with this lockdown we can not hustle meaning to say there is no source of income. We heard of the RTGS $200 promised by the government to assist us but up to now, there is nothing. IPD promised us, took our names, and here we are ndakatotengawo 10kg yangu ye hupfu (l bought my 10kg mealie meal)”, said one of the beneficiaries from Chitungwiza Josline Samuriwo.

Mutyiri said, “our party president Hebert Chabuka asked me as the national youth chairman how best the party can assist people during the lockdown since most people used to survive from hand to mouth. I advised him to first help young people then parents and the party did exactly that.”

“At first we wanted to give people US$20 to buy groceries, because of high number of people who had been affected by lockdown we then decided to cut the budget down to US$10 but still realised that it is better to give them US$5 so that we cover a wider gap in all the country’s 11 provinces. At IPD we regard Chitungwiza as a seventh province”, added Mutyiri.

IPD national youth chair Claudius Mutyiri explained that the money, which is distributed to the less privileged was sent from South Africa to the party treasurer-general Juliet Mashonganyika through Western Union.

Responding to Zim Community News question on whether lPD was doing this as a campaign tool for 2023, party secretary-general Rodha Makonola said they were not using the pandemic for political mileage but rather to help those in in.

“We are not doing this as a campaign method because we are a new party yet to be known and this is a time to focus on unity rather than taking this global pandemic as a platform to fight for political relevance”.

Chamuka said his party is working on introducing other projects such as poultry, brick moulding, cobra making after the lockdown so that people become self-reliant financially.

“Our party president Mr. Chamuka said we should empower people by giving them nets not fish, he is a listening president l told him that we young people are the most affected the economic situation and there is a need to empower the youth” added Mutyiri.

IPD will hold its first congress before end of 2020 to elect its executive structures from ward to national as well as primary elections to elect 2023 local council and House of Assembly representatives.