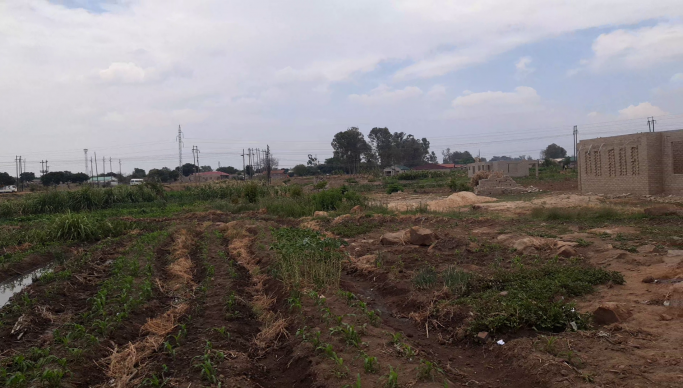 In June 2020, Chitungwiza town council was fined a paltry 24,000.00 RTGs by Environmental Management Agency (EMA) for selling stands on wetlands. This move, which was meant to protect a  wetland in ward 12, did not work according to Phillip Tarambiwa from Chitungwiza wetlands Trust, after the Environmental protection order was issued the operations seemed to have become fast-tracked. All this happening in a city that is suffering from a serious water crisis. Sadly 723 hectares of wetlands out of 912 have been lost, leaving 189 hectares which still remain under threat. This level of destruction would and should scare anyone in their right mind but not the local authority who seems to stop at nothing to pursue profit.

Harare metropolitan province’s water security depends on the very wetlands that are being destroyed and ironically water problems are rife in Chitungwiza currently. Residents in the area are depending on shallow wells and community borehole’s for water, most households are getting by on less than four 20 litre buckets for a family of six per day. The world health organization sets the ideal daily water requirements per person at about 50 to 100 litres to ensure that most basic needs are met.

On the 9th of October 2020, the city of Chitungwiza published a notice for demolition of structures that it said were built illegally. Out of the 35 published sites, 11 of them were classified as wetlands, 1 is near a major river and another one is near water infrastructure. Logically the 35 sites earmarked for demolition were not supposed to have been developed in the first place, but yet they were with some dating several years back, showing how deep the rot goes.

As a response to the demolition order, Chitungwiza Residents Trust through their Lawyers, Zimbabwe Lawyers for Human Rights, gave the Municipality an ultimatum to produce a court order empowering the authority to carry out the said demolitions via a letter.

In their reply, the authority said that they were halting demolitions, a win for those who have settled in the wetlands but a loss for their environment and reclamation efforts. Chapter four, section 73 of Zimbabwe’s constitution clearly stipulates environmental rights as part of fundamental human rights and freedoms. In as much as the right to shelter is important, the right to water is also equally important and neither should jeopardize the attainment of the other. Right to shelter is fast winning the battle of rights and soon those wins will turn into a serious defeat when the city’s water supply can longer sustain the pressure and abuse.

The construction happening in ward 12, if stopped in time would technically not affect anyone’s rights to a greater extent and considering that they are not many stands on the site. Chitungwiza municipality would have to compensate those affected.
Environmental Management Agency (EMA), Environmental Education & Publicity Manager Amkela Sidange said the authority can only issue prohibition orders and fines, they cannot demolish structures as that is in their purview of other agencies. As EMA we urge people to come to us when they are sold stands so as to assess the state of their stands whether they are in a wetland or not before time and money is wasted, she added

Sleeping on the job or deliberate cover for corruption

As an outsider looking into the council’s operations, one would assume that they are confused or negligent but everything is calculated and deliberate. It’s a cover for corruption to thrive. Their actions together with the parent ministry as well as the whole central government leave a lot to be desired.

Speaking to Dry&Dirty, Phillp Tarambiwa said that the selling of the stands was not above-board and council was prejudiced of a lot of money by corrupt officials and land barons. According to Tarambiwa when the land is sold the buyer pays in USD at a higher amount and then the officials take a fraction of it and convert it to RTGs, and they pay the RTGs amount to the council. Such a scenario prevents corrective measures to take effect, especially on the part of the council as it becomes embroiled in the scandal through the actions of a few corrupt officials.