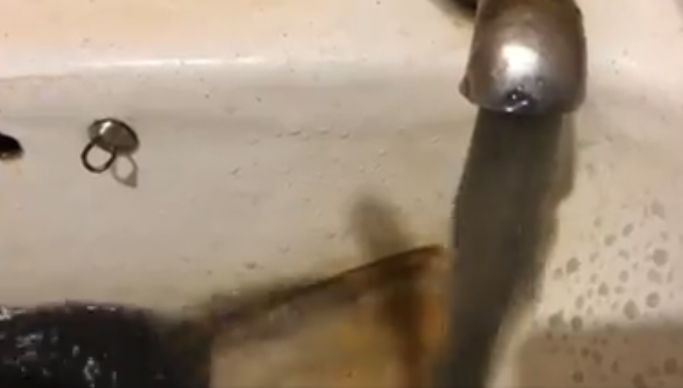 With over 500 potential contaminants, water is the most contaminated substance on earth. Water quality and quantity is very critical for the attainment of a better quality of life.

Despite having enviable water quality standards, contaminated tap water causes 100,000 cancer cases in the US over a lifetime, according to a new study from scientists with the Environmental Working Group.

Lack of trust in municipal water has seen a rise in the consumption of bottled and borehole water in Harare. Causing plastic pollution and over-extraction of underground water. Borehole and bottled water is believed to be safe but it may actually turn out to be worse according to drinking water experts.

In 2011, the government banned 40 water brands, after they failed to meet health safety standards.

And in 2017, 95% of boreholes are reportedly contaminated according to the Herald. 2008’s Cholera epidemic started when people drank sewer contaminated boreholes in Budiriro and Glenview.

There is not much literature and study on Harare’s treated water. Political interference and corruption hinder the smooth running of affairs at Harare water and the whole council in general.

Dirty and foul-smelling water which forms a greenish froth when boiled has been coming out of the taps in some areas. Municipal officials deny that the water is dirty and not fit for human consumption. Sadly they do not offer any customer confidence reports to support their claims. The authority acts in way which shows that they do not want to open Pandora’s box when it comes to it’s treated water quality.

Tapsafe an American blog whose focus is global tap water safety rankings, says Harare’s tap water is not drinkable. A study published by Manzungu and Chioreso (2012) revealed that the City of Harare Health Department had seen an increase in samples that failed to meet World Health Organisation (WHO) standards from about 8% in 2001 to about 20% by 2005. This presents a worrying picture for the city’s tap water quality.

In 2019, the city of Harare engaged a South African water treatment company, Nanotech Water technologies to offer water treatment solutions for the city. The company then wrote a proposal to the City of Harare stating their findings as well as their solution and related cost and implementation timelines. It is in this proposal which this publication is in possession of where the poor stated of treated water quality was brought to the fore. The Zimbabwe Independent and the Guardian Newspapers wrote about this proposal in January 2020, they claimed it to be a report which they had seen.

The proposal stated that, “As you may be aware, the primary objective of the trial was to demonstrate the oxidative capacity of Chlorine Dioxide on the plant’s incoming and inherent algae in the plant and its associated toxins, pathogenic (disease-causing) microorganisms and other micro-contaminants.”

The plant trial results were as follows:

2. 100% removal of biofilms and associated algae in the Clarifies number 8, and

3. Consequently, the water clarity was visually and aesthetically improved

The significance of the results are as follows:

2. Removal of inherent biofilms in the Rapid Sand Filters and subsequently from the Distribution Network will lead to improved aesthetic quality of drinking water, maintenance of free residual chlorine and reduced consumption of chlorine;

3. Oxidation of algae and its algal hepatotoxins and neurotoxins which have health effects to people and animals will lead to a significant reduction or total elimination of Powdered Activated Carbon (PAC) as confirmed by the Chartered Institute of Water and Environmental Management (CIWEM), London;

4. Oxidation of algae will enable improved effectiveness of the main coagulant Aluminium Sulphate as this coagulant is not able to coagulate and settle live algae.” reads the Nanotech proposal findings.”

It is quite clear from the document that city officials were aware of the problems and the findings at the time. Nanotech would not have fabricated findings, that would jeopardize its business pursuits with the city since this document was a proposal.

In 1996, about 50 people died in a hemodialysis facility in Brazil caused by cyanotoxin contamination of municipal the water

“The acute exposure to cyanobacterial blooms and their cyanotoxins can result in a wide range of symptoms in humans including fever, headaches, muscle, and joint pain, blisters, stomach cramps, diarrhea, vomiting, mouth ulcers, and allergic reactions. Such effects can occur within minutes to days after exposure. In severe cases, seizures, liver failure, respiratory arrest, and (rarely) death may occur. The cyanotoxins include neurotoxins (affect the nervous system), hepatotoxins (affect the liver), and dermatoxins (affect the skin). There is evidence that long-term exposure to low levels of microcystins and cylindrospermopsin may promote cell proliferation and the growth of tumors. However, more information is needed to determine the carcinogenicity of both microcystins and cylindrospermopsin.” (the United States Environmental Protection Agency)

Some water treatment chemicals produce disinfectant byproducts. Chlorine is one such chemical which potentially creates a by-product that causes cancer if larger if excess amounts are used to disinfect water from pathogens. Residual organic compounds (suspended or dissolved solids) maybe able to pass and they react with residual chlorine to form trihalomethanes which are carcinogenic. According to a report from the U.S. Council of Environmental Quality, the cancer risk for people who drink chlorinated water is up to 93% higher than for those whose water does not contain chlorine.

Residual chlorine is very good at killing pathogens in the distribution channel. Burst water pipes allow dirty water to flow in during the rainy season or garbage to get into the water and recontaminate treated water. It is upto residual chlorine if available kill the pathogens

Another chemical that has harmful by-products is Liquid Ammonium Sulphate (Alum). Alum operates over a limited range of pH and an increase in the amount of alum and lime to be used in the coagulation process increases the risk of levels of residual aluminum higher than permissible levels.

Regulation and standards are needed to monitor and control the number of chemicals in drinking water to acceptable levels. WHO has drinking water guidelines, and the sad thing about guidelines is that they are not an obligation, they are just a benchmark and are not legally binding.

Regulations are binding and when it comes to drinking water they are must so about ensure that they are punitive measures when set benchmarks are not followed. The United States (U.S) and the European Union (EU) have drinking water quality regulations. In America, drinking water standards enforced by the Environmental Protection Agency (EPA) specify the levels of contaminants, disinfection agents, and disinfection by-products that are allowed in drinking water.

Zimbabwe needs to work on water quality regulations and enforcement for drinking water safety standards to improve. The right to safe drinking water guaranteed in the constitution will never be fully guaranteed for action is not taken.

Calls For More Information On Vaccines.

FSN Joins Call Against Amendment of the Health Act for Contraceptives